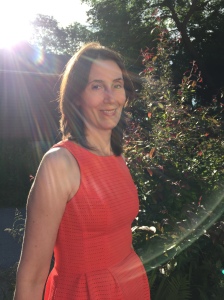 Margot Harrison has a lifelong habit of creeping herself out and now attempts to creep out others via her fiction.

Her first YA novel, The Killer in Me (Little, Brown, 2016), was an Indies Introduce pick and a finalist for the Vermont Book Award and received a starred review from Publishers Weekly. Her second, The Glare (Little, Brown, 2020), received starred reviews from Kirkus Reviews and Booklist. Her third, We Made It All Up (Little, Brown, July 2022), is a Junior Library Guild selection and has appeared on “best of” or “most anticipated” lists on BuzzFeed, Teen Vogue, Book Riot and Lit Hub. 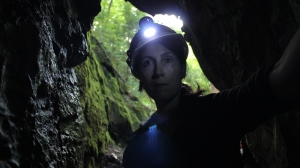 She spends way too much time reviewing vintage YA books and making skits about her weird childhood on TikTok. She also occasionally tweets and chronicles her reading on Instagram.

She loves hearing from readers! Fill in the contact form to send her a message.

One thought on “About Me”

Buy We Made It All Up